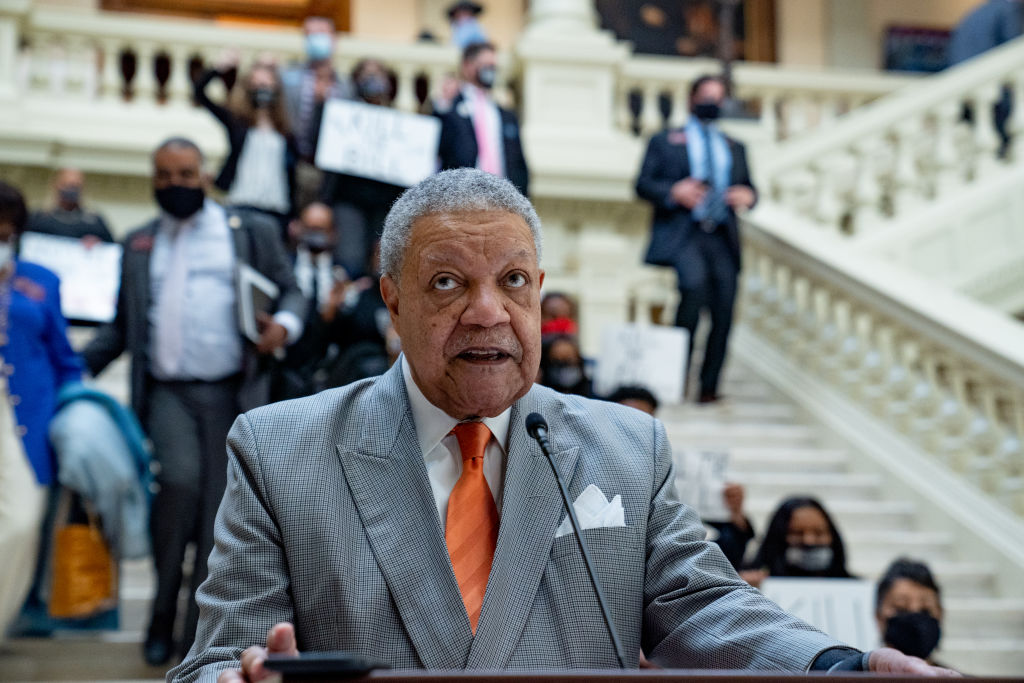 News broke Monday afternoon that a metro Atlanta election board dismissed two employees for allegedly shredding voter registration applications. CBS 46 reported the employees in question have not been identified but were immediately terminated Friday after supervisors were informed of the situation.

So far, it is unclear what the employees’ motive may have been. Local news reports indicate the employees may have shredded applications before fully processing them. (Read the entire CBS 46 report here).

Responding to the news, the Georgia Secretary of State’s office shared that 300 applications were potentially destroyed. Some could see the statement released by the secretary of state’s office as an attempt to push a narrative supporting the county’s takeover by the state. The release blames the county for shredding voter registration applications when the current facts indicate two employees acting of their own accord took such actions.

“The Department of Justice needs to take a long look at what Fulton County is doing and how their leadership disenfranchises Fulton voters through incompetence and malfeasance,” said Secretary of State Brad Raffensperger in the statement. “The voters of Georgia are sick of Fulton County’s failures.”

Georgia voters are sick of many things, including secretaries of state who play politics with the office.

In a June 2021 interview with the Associated Press, Jones said the mismanagement issues persisted.

“Fulton needs to address these mismanagement issues because they are becoming serious,” Jones told the Associated Press. “I mean, the eyes of the world are on the county, and, you know, they’ve got butterfingers.”

Fulton County residents with questions are encouraged to call the Fulton County Department of Registration & Elections at 404-612-7030.  Voters can also check their registration on Georgia’s My Voter Page before heading to the polls.