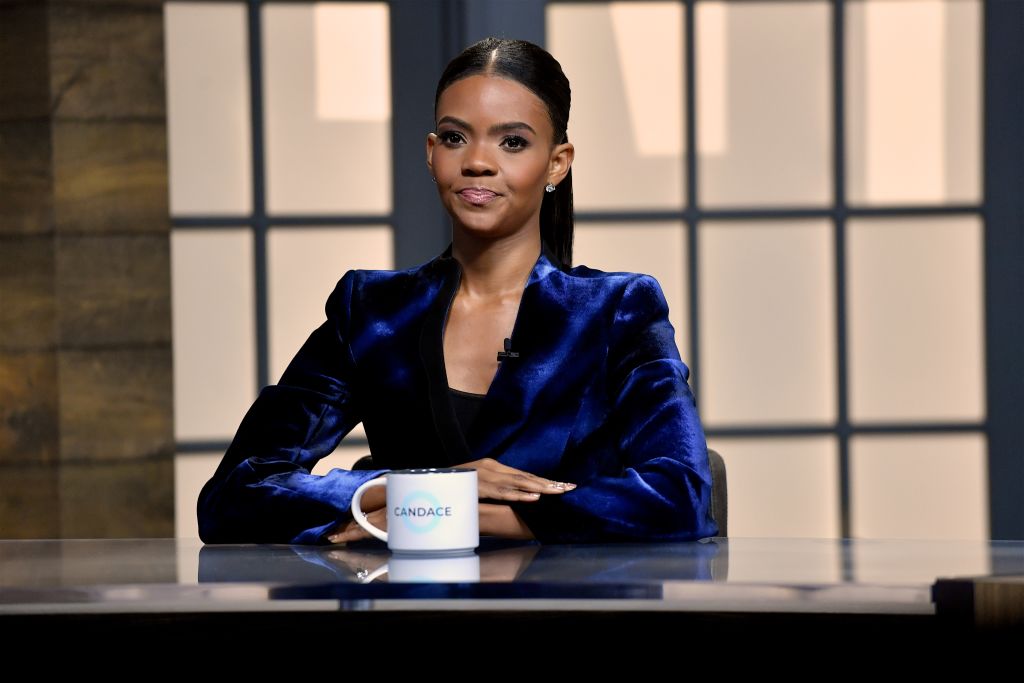 In her deplorable, ongoing quest to invalidate the COVID-19 vaccine, America’s pre-eminent expert in personifying all things anti-Blackness has continued to one-up each failed attempt at logic with a desperate reach more expansive than the last.

And Sunday night was no exception when Candace Owens — yes, the same person who steadfastly adds to her seemingly endless string of receipts showing what a con artist she is — decided that the best way for her to criticize the vaccine (this time) was to take aim at “extremely overweight” people who are encouraging (or, as Owens says, “yell at”) others to get vaccinated.

You see, in Owens’ myopic, supremely white world, no one exceeding a particular weight should seemingly be allowed to advocate for anyone’s health, and certainly not their own, lest they want to be called a hypocrite. But she didn’t stop there and continued applying more misguided logic to a tweet that was already based on a flawed premise and meant to disingenuously spread information about the vaccine depending on one’s overall level of physical fitness.

“If you are extremely overweight—please do not think you have the authority to yell at people who are in shape and unvaccinated about trusting doctors, science, and preventable death,” Owens tweeted late Sunday night without referring to one person or a single instance of that having ever happened. “A little self-awareness goes a very long way.”

If you are extremely overweight—please do not think you have the authority to yell at people who are in shape and unvaccinated about trusting doctors, science, and preventable death.

Of course, Owens — who infamously once said she was “proud” to be unvaccinated — is incredibly and absolutely incorrect here on multiple levels.

While being wrong has never stopped her from chiming in on a topic in which she is far from well-versed, this instance is especially noteworthy because Owens tried to shame vaccinated overweight people as not being concerned about their health even though getting vaccinated — especially against COVID-19 — epitomizes prioritizing one’s health.

In other words, the COVID-19 vaccine perfectly exemplifies the same “self-awareness” Owens cited her tweet to claim is absent from vaccinated people who are “extremely overweight.”

In fact, people promoting the vaccine have always appealed for people to be self-aware enough to realize that getting vaccinated doesn’t only protect yourself, but it also protects others — true self-awareness at its finest.

Ironically, it is Owens who has shown her own deficient levels of self-awareness with her tweet while at the same time showcasing her inimitable levels of self-hatred.

Self-hatred here, you ask? Yes. But more on that later.

Bear in mind Owens is the same person who claimed HPV — the most common sexually transmitted infection — is not contagious. Yes, really.

For now, let’s err on the side of science since Owens has so much to say about the vaccine.

First of all, comorbidities such as obesity have been identified as actually increasing the risk and severity of COVID-19.

“Having obesity increases the risk of severe illness from COVID-19,” the CDC says on its webpage devoted to all things obesity-, race/ethnicity- and COVID-19-related.  “People who are overweight may also be at increased risk.”

So, again, in case there was any confusion — and clearly, there was — people who are overweight and chose to be vaccinated are indeed being health-conscious. After all, it is Owens who has been citing “medical freedom” to defend her decision against vaccination. But, according to her, that same so-called medical freedom shouldn’t apply to “extremely overweight” people who want to get vaccinated.

Secondly, statistics have long shown that Black adults make up the brunt of overweight Americans with nearly half of the cases.

Third, it’s not news that the COVID-19 pandemic has disproportionately affected Black people, globally as well as in the U.S.

And fourth, which, perhaps, should have been first: Where is Candace Owens’ own moral “authority” that she claims is missing from overweight proponents of the vaccine?

Combine the above four factors and it doesn’t take a college dropout to calculate how Owens fat-shaming vaccinated overweight people could also disproportionately and adversely affect Black people who may still be on the fence about getting the vaccine.

But then again, that may have been her objective to begin with.