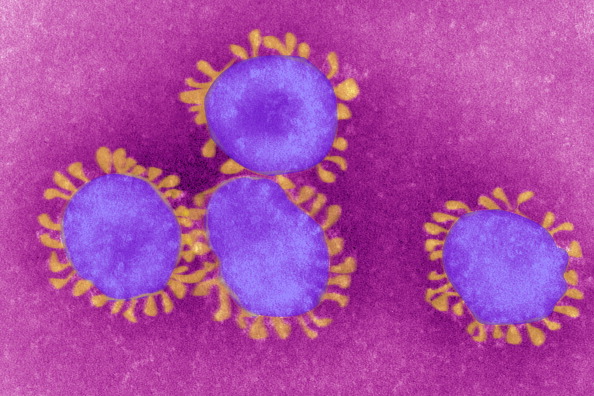 Every time a new COVID-19 variant emerges, people who are just tired of the pandemic’s existence start feeling the “Just when I thought I was out, they pull me back in” sentiments Al Pachino’s Michael Corleone famously expressed in Godfather III. We saw it when news of the delta variant broke while many of us were already feeling overwhelmed just trying to fight off the spread of the virus as well as the spread of misinformation by anti-vaxxers and people who think “trust the science” is opp-code for “welcome the government’s new world order.”

Now, the mu variant is making its rounds in our various news feeds and, while that news is disheartening for folks who want to believe we’re making progress, medical experts say mu cases are rare while warning the variant is still cause for a degree of concern.

According to Livingston County News, the variant was discovered in Colombia at the beginning of this year and it has now spread to nearly four dozen countries and every U.S. state with the exception of Nebraska.

But even though some health experts “believe mu is even more transmissible than the delta variant and has the potential to resist vaccines,” according to Livingston, the Centers for Disease Control and Prevention and the World Health Organization both say the delta variant remains the most concerning threat to the U.S. and the world.

According to CNBC, the mu variant was added to the WHO’s list of variants “of interest” last week, and on Tuesday, Maria Van Kerkhove, the WHO’s technical lead for Covid-19, confirmed during a press conference that mu has mutations that suggest it could be vaccine-resistant. But Kerkhove also said mu still has nothing on delta.

“The delta variant for me is the one that’s most concerning because of the increased transmissibility,” he said.

HuffPost reports that despite the increasing concern around mu, the variant is still relatively rare.

In fact, mu makes up less than 0.1 percent of sequenced COVID-19 cases globally and just 0.2 percent of cases in the U.S. The variant is so rare that, unlike the WHO, the CDC has yet to add it to its lists of variants of interest and concern.

“We’re paying attention to it.,” Dr. Anthony Fauci said during a White House press briefing last week. “We take everything like that seriously. But we don’t consider it an immediate threat right now.”

While degrees of concern vary between medical experts and health organizations, the best way to protect oneself from COVID-19 and all its variants remain clear—get yourself vaccinated.

According to HuffPost, the WHO noted that the data suggesting the mu variant “has a constellation of mutations that indicate potential properties of immune escape” is preliminary data that still needs to be replicated before it can be determined the variant can resist or overpower current vaccines.

Fauci echoed that sentiment saying the data is “mostly laboratory, in vitro data.”