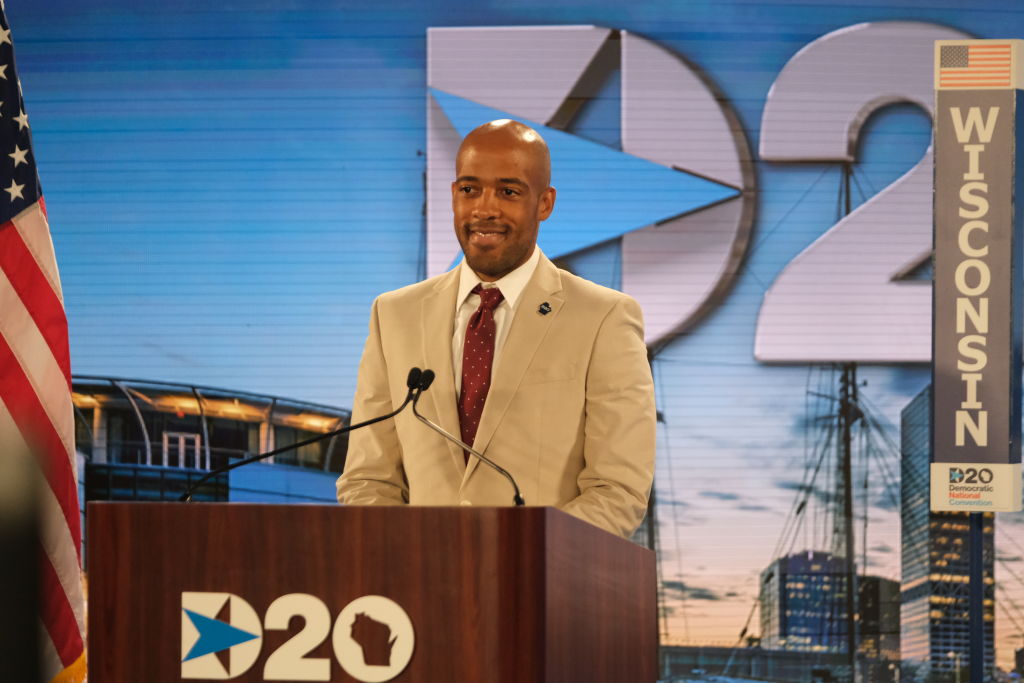 Wisconsin Lieutenant Governor wants you to know he’s been preparing for running tough races his whole life. That’s why Mandela Barnes said he’s has decided to joins a lineup of Democrats vying for the chance to take down Republican incumbent Sen. Ron Johnson in next year’s midterm election.

In his opening pitch, Barnes launched his campaign Tuesday morning with a video that touched on the struggles of working families who work hard and positioned himself as a partner instead of a savior.

“Instead of changing our dreams,” says Barnes, 34, “we gotta change the game. That is America at its core.”

I’m Mandela Barnes and I’m running to be Wisconsin’s next Senator.

Hard-working families deserve every opportunity, but politicians like Senator Ron Johnson aren’t delivering. Instead of changing our dreams, we need to change the game. Join us. pic.twitter.com/XzVS3WHqQf

Hailing from Milwaukee’s 53206 zip code — often referenced as the most incarcerated and impoverished zip code in the country — Barnes paints a relatable picture in his launch video. Highlighting his blue-collar roots, with a nod to his father working the third shift and his mother’s service as a teacher, Barnes lays the foundation for his candidacy as a champion of the people of Wisconsin.

Milwaukee! Thank you for starting this campaign strong with me. I grew up here. Many think of the 53206 as one of the nation’s most incarcerated, impoverished zip codes. Folks aren’t expected to make it. But today, we started a movement that will fight for opportunity for all. pic.twitter.com/s4Vo6sGNGV

Rumors of Barnes’ Senate run have circulated since last year. The second Black person to be elected to statewide office, Barnes served as a member of the Wisconsin legislature from 2013 to 2017. He later ran for lieutenant governor, helping Evers to defeat former Gov. Scott Walker in 2018.

In a statement early Tuesday, Gov. Tony Evers expressed general support for Barnes’ decision but stopped short of a full-throated endorsement. Evers took aim at the incumbent senator and said he looked forward to supporting the Democratic nominee against Johnson next year.

Johnson, known for racist comments that show contempt for Black people, in particular, has notably justified the Jan. 6 insurrection at the U.S. Capitol that left at least five people dead.

Barnes is the latest Democrat in a strong field of Black candidates running for the U.S. Senate. They include Charles Booker in Kentucky, Rep. Val Demings in Florida and former North Carolina Supreme Court Chief Justice Cheri Beasley. If successful, Barnes will be the first Black person to represent Wisconsin in the U.S. Senate.

During an interview last June, Barnes told Milwaukee’s NPR equity must be at the forefront of all decision-making.

“The time for the partisan political games should be over with because these aren’t partisan issues — these are issues of life and death for people,” Barnes told the station. “We’re going to keep moving forward with everything we can do in our executive authority, but there’s so much more that’s left to be desired.”