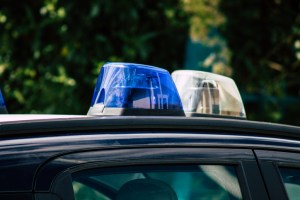 After a viral video showed an innocent man losing his life during a carjacking, the two teenage girls involved might be getting off easier than expected much to the chagrin of social media. As previously reported Mohammad Anwar, a 66-year-old immigrant from Pakistan living in Washington D.C., died when two teens, ages 13 and 15, tried to pilfer his vehicle in a carjacking.
Viral video of the incident showed the girls target the driver and attempt to drive away even as Anwar continued to hang onto the front door. The girls ended up crashing the car and Anwar was fatally wounded. Following the incident, a judge decided to charge the girls with carjacking, armed robbery, and felony murder, something we previously covered that was widely debated on Twitter.
Now social media is heating up again with opinions on the incident considering that the minors are expected to reach a plea deal with prosecutors in the case. The Washington Post reports that lawyers for the girls will soon receive plea-bargain offers from a prosecutor in the D.C. attorney general’s office although a trial could still be possible.
Technically per D.C. law, the 13-year-old can’t be charged as an adult and will remain tried as a juvenile. The 15-year-old suspect however could be tried as an adult although it’d provide an uphill climb for prosecutors who’d be forced to prove “that if the case was kept in juvenile court, there would be no reasonable prospects for rehabilitation.”
The Post added that the girls are due back in court on April 20 to discuss the status of the case with Judge Lynn Leibovitz. Social media is already heating up with takes on the suspects possibly getting plea deals and people are displeased. In particular, several are dimwittedly blaming the Black Lives Matter movement for the alleged “leniency” from the prosecution and citing it as “black privilege.”