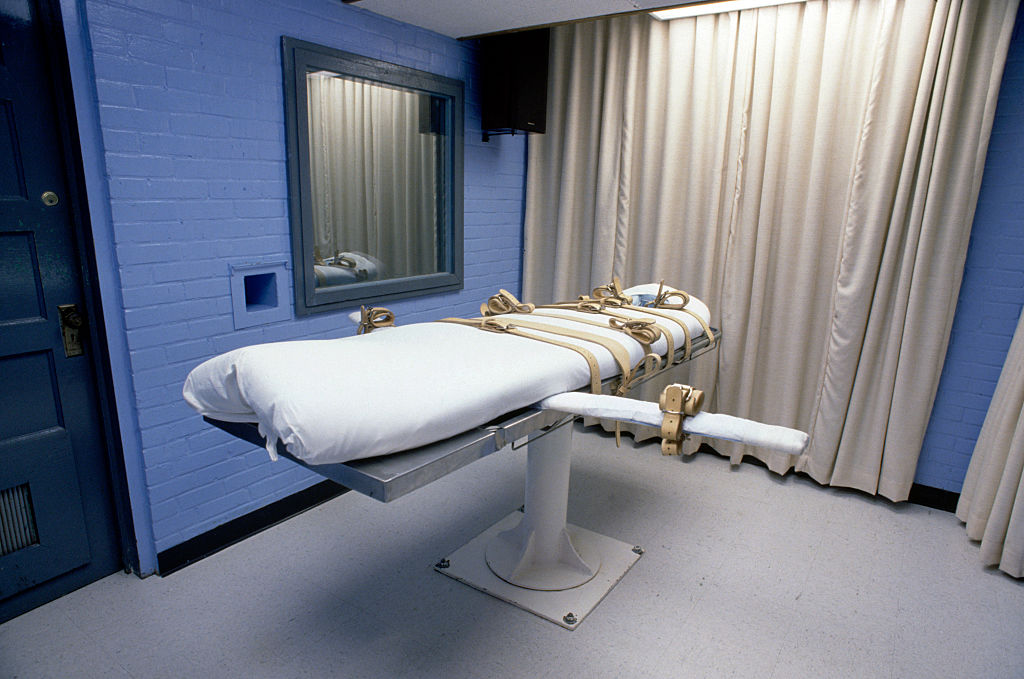 On Monday Virginia lawmakers voted to pass two bills that would abolish the death penalty in the state. The bills will head to the desk of Gov. Ralph Northam, who is expected to sign them into law.

With final passage in the Virginia House and Senate, our Commonwealth will soon join 22 states in abolishing the death penalty—an important step in ensuring our criminal justice system is fair and equitable.

“The state Senate approved by a vote of 22 to 16 a House bill that bans executions and establishes a maximum punishment of life in prison without the possibility of parole. A judge would have discretion to suspend part of that sentence — a sticking point for some Republicans, who pushed unsuccessfully to make life without parole a mandatory minimum,” according to The Washington Post.

Virginia moved one step closer to abolishing the death penalty when the state Senate on Wednesday passed a bill that would end capital punishment in the commonwealth. Polling ahead of the Senate vote, which was split along party lines, shows a majority of Virginians support the move, including 72% of Black voters.

Raising concerns about racial disparities among death row inmates, Democrats urged colleagues to vote “yes” on the bill. Supporters of the bill also raised issues with data that shows the use of the death penalty is not a crime deterrent.

The Associated Press reported Republicans claimed to recognize the historic injustice in the death penalty but did not see a reason to do abolish it. A House version of the law moved out of committee Wednesday. If the bill passes, Virginia will be the first state in the south and the 23rd state in the nation to abolish the death penalty.

Virginia has not sentenced anyone to death since 2011. The state carried out its last execution in 2017. The remaining two people on death row would have their sentences commuted if the bill becomes law.

Backed by Gov. Ralph Northam, the bill has a very good chance of becoming law. The Virginian-Pilot reported that State Sen. Scott Surovell called the use of the death penalty “embarrassing,” considering where the U.S. stands on the topic in comparison to other major countries.

Calls to abolish the death penalty picked up last year after the Trump administration resumed federal executions for the first time. There had not been a federal execution in 17 years. Between July 2020 and January 2021, Trump ordered 13 executions. Of the 13 death row inmates put to death or scheduled for execution in that time period, six are Black.

Responding to Trump’s rush to execute people, human rights lawyer Bryan Stevenson called the decision a “reckless display of power. They come at a time, when our awareness of the problems with the death penalty has actually increased,” said Stevenson. ”We have a criminal justice system that treats you better if you are rich and guilty than poor and innocent. And we see this playing out in pardons and other things.”

Stevenson says the threshold question isn’t whether people deserve to die for a crime, but whether the government deserves to take lives.

According to the Death Penalty Information Center, Americans’ support for the death penalty has been declining nationwide. Virginia has executed nearly 1,400 people since 1608, many of them Black.

The historical racial disparity in Virginia’s death penalty administration cannot be denied. Between 1800 and 1920, Virginia executed 625 Black people and only 58 white people. Like many aspects of the criminal justice system, the death penalty traces its roots to slavery and racist terror practices like lynchings.