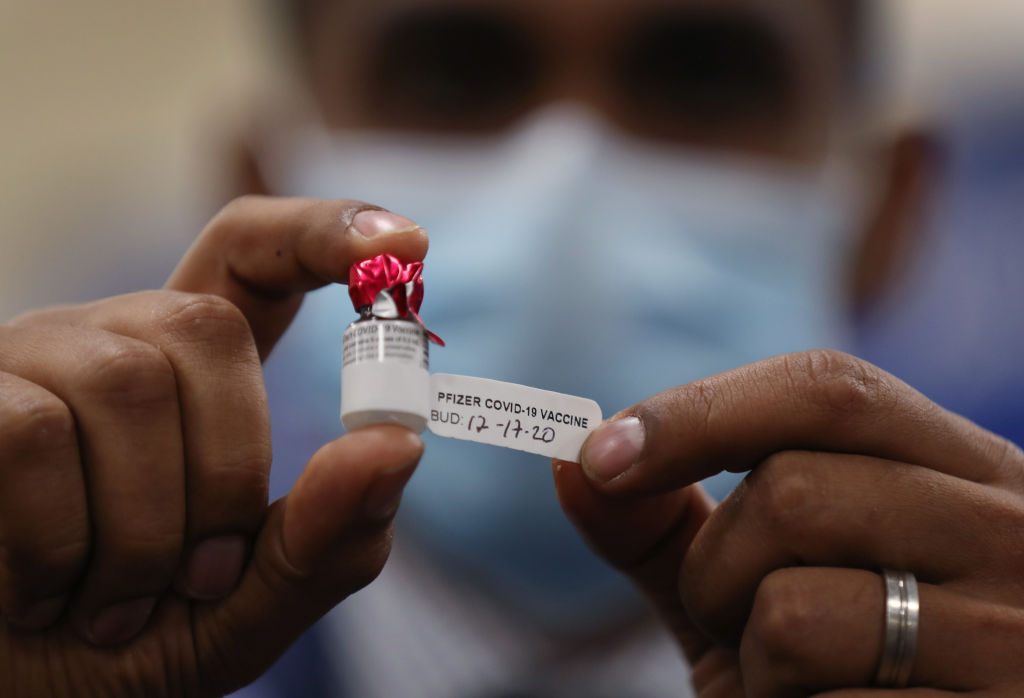 Dr. Armen Henderson is decidedly part of the coronavirus vaccine solution, not the problem.

The 35-year-old internal medicine physician in Florida has worked in a hospital full time for about the last four years or so and has always focused on the needs of vulnerable populations, particularly during disasters, like the hurricanes that are so familiar in the Sunshine State.

But ever since the start of last year, everything Henderson has done in his professional capacity has been Covid-related, including his work as an assistant medical professor at the University of Miami, where he teaches about the inequities of medicine and connects it to present-day issues like climate change, the environment, related policy and their health effects on Black people, in particular.

All of which makes him more than qualified to address all-things Covid vaccine, including and especially the lingering concerns among Black folks when it comes to actually getting vaccinated with the brand new medicine.

Henderson, who also founded the Dade County Street Response organization that trains people how to respond to disasters and works as the director of health programs for social justice group Dream Defenders, recently spent some time talking to NewsOne about his uniquely dual role as a community advocate and physician activist and how that has helped shape his opinion on the new coronavirus vaccines.

As Covid continues to ravage the United States and disproportionately affect Black people in America, Henderson offered crucial context and insight surrounding his experience with the vaccine. He also provided some valuable advice to anyone still on the fence about getting vaccinated, which, data suggests, remains a large but steadily lessening number of Black folks despite their historical mistrust of American medicine.

The following questions and answers have been edited and condensed for readability.

NewsOne (NO): When it comes to the Covid vaccine, what’s the general reception to it in your professional circle of colleagues and the medical community at large?

Dr. Henderson (DH): It’s twofold. Among the physicians in the Black medical circle, there is a small cohort who are very skeptical about the vaccine and plan to wait before taking it. They’ve urged their patients to do the same. However, they’re the apparent exception as there is a much larger group of Black doctors advocating for patients who look like them to give the vaccine a try, similar to the general physician population – a large majority of those individuals are also advocating for their patients to take it as well.

There’s just a lot going on with a lot of different perspectives, but I think overall the medical community has been supportive of the vaccine.

NO: That, of course, leads us to our next obligatory question: Will you be taking the Covid vaccine once it’s made available to you?

DH: I actually took one dose in December and the second dose during the first week of January. My reason for doing so is simple: I read the report. Being a researcher, myself, and going through scientific methods, I’m able to read a research paper or the findings from or clinical trial and decipher what’s real and what’s not, like its efficacy of cutting down transmission of the virus in the community by 90%. That’s a good number.

I also looked at the side effects – fatigue, arm pain, allergic reactions – which are similar to the ones we get from vaccines related to the flu. I also knew there were doctors already working on similar vaccines for similar coronaviruses before the pandemic hit. That’s one of the reasons why they were able to speed up the process, as opposed to rushing it.

All these things led me to believe that it was a safe vaccine to take. But I say that to say I took it and I’ve been advocating for people to be educated around it and make their own decisions. I’m just trying to be as tactful as possible in spreading information and then allowing people to make their own decisions — that’s been the most important part of this journey for me.

Nurse Sandra Lindsay, who was among the first to receive a Pfizer coronavirus vaccine, prepares to receive the second dose in New York City on Jan. 4, 2021. | Source: SHANNON STAPLETON / Getty

NO: What do you say to Black folks who are adamant in their resignations against taking the vaccine?

DH: I would tell them not to accept information from outside sources of people that they’ve never met. There are two things going on:

1) Of course we should be skeptical of anything the government does. Especially Black people with inequities and medical terrorism going on since the start of medicine and around slavery and all the experiments that have gone on including the Tuskegee experiment. But this is a vaccine that everybody is potentially going to take and if it works it’s going to save Black people. It’s something that we root for. I hope that it works.

2) I also want to say that people who are against vaccines – anti-vaxxers – I implore them to do their own research and seek out reputable sources and they’ll see that some of their misconceptions have been long dispelled, like the myth that vaccines cause autism, for example. Context matters and it’s important to know what stake people have when they lobby against vaccinations. The reality is that these people’s motives are to just get money.

If you have a physician who is Black that you trust, you should bring it up. All physicians should be ready to talk about this to counter any skepticism.

NO: I see you are an advocate for the homeless – how do they figure in the covid vaccine equation?

DH: The majority of unsheltered people that I’ve seen in recent months have not been affected because they happen to live outside and there have been decreased instances of contractions outside. But that same population cycles in and out of jail and homeless shelters. These are the people who should be vaccinated, too.

However, I’m hoping we don’t use this as a way to force people into vaccinations. The hesitancy around vaccines will still be there.

NO: Speaking of jail, can you expound on the urgency of the vaccine being needed there?

DH: That’s one of the most vulnerable populations. They have been identified as a hot spot for the virus, not just for prisoners but also for the staff. It’s been identified as so much of a risk that I’ve been working on a paper that basically says prisons and jails are now a threat to public health. So many people there are there because they’re poor. And if they can’t afford bail, we just end up punishing poor people for being poor. Take a look at the reasons why they’re there and potentially let them out.

With that said, I do think they should be vaccinated. But the best decision as a society is to let these individuals back into society since many of them are in there for nonviolent offenses. The same goes for the detainees at the border who are vulnerable to sexual assault.

NO: Polling indicates that an increasing number of Black folks are considering taking the Covid vaccine. Do you put any of your medical trust in polling and surveys like those?

DH: I don’t really take polling that seriously. With political polling, for example, a lot of Black people — specifically working-class folks — really don’t get identified in the polling. But I think people are warming up to it based on the number of Black physicians who have come forward to talk about what a detriment it’s been to our community.

I think people are also just tired of being in this pandemic situation and ready to move on, which means taking the vaccine. Maybe they’ve seen their family member hospitalized or died. People are tired of all the grief. 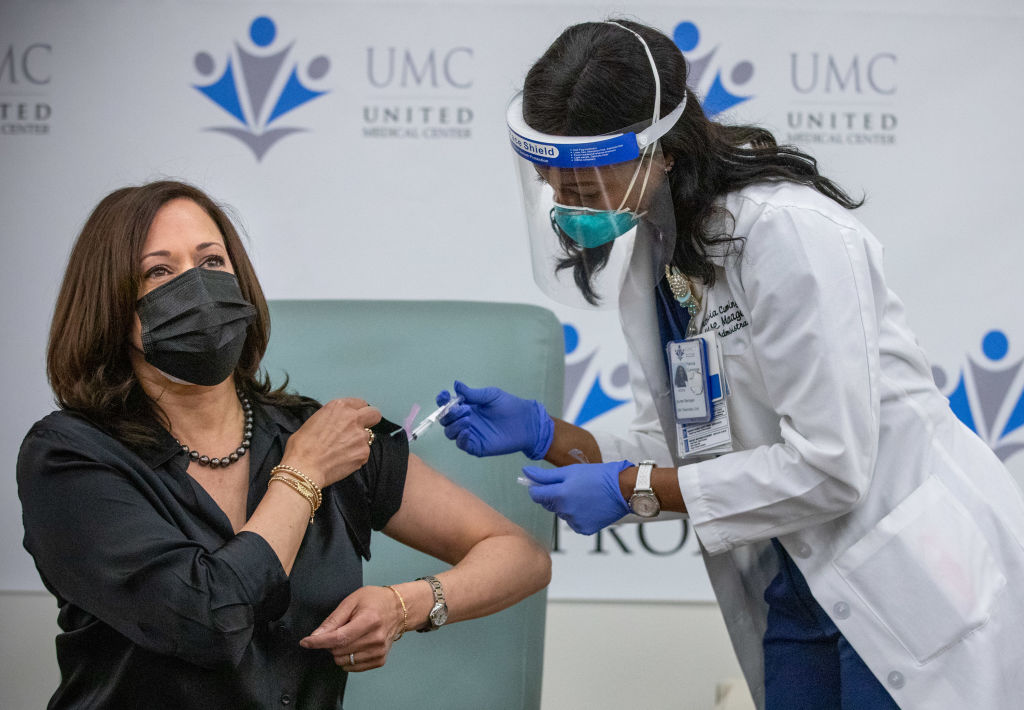 NO: What do you make of all these public displays by Black healthcare workers, politicians and other leaders who are getting vaccinated in public?

DH: I think it’s overall a good thing. I think one of the main concerns people have is about side effects. Having a public display is the best way to show that it’s safe. I’m all for it and hopefully, it will continue.

At the same time, it’s almost disgusting to see people who have denied the virus and its outcomes over the last couple of months — like Sen. Marco Rubio — be among the first to actually take the vaccine.

Meanwhile, hospitals are not allowing physicians in training to have access to the vaccine, even though they’re on the front line. It’s just been disheartening.

NO: Black folks are disproportionately affected by pre-existing health conditions, such as diabetes, asthma, high blood pressure and many others. Is there a certain message to tell those folks as vaccinations begin?

DH: I think that they know at this point to make sure to wear their masks. Even after we’re vaccinated, I think that mask-wearing in public may become a new normal for a while. I want to encourage people to have weddings and other similar events outside as much as possible and practice social distancing indoors because, in the end, these are things that have helped us out. We’ll still need to do those things before we get herd immunity, which means we get to it stop affecting large majorities.

NO: What are your thoughts about Joe Biden’s coronavirus task force, which is co-chaired by Dr. Marcella Nunez-Smith, a Black woman?

DH: At this point, I don’t really think that people are concerned with the Covid task force. But, of course, it’s good to have people who actually have a background in the field, compared to Jared Kushner and others who have no medical experience or the scope or background to make any medical decisions. It’s an added bonus to have a Black woman co-chairing that task force, as well. I think Biden picked a good team compared with that.

NO: Are there any parting words you’d like for NewsOne’s readers to know about the Covid vaccine as many of us eagerly await a return to so-called “normal” life?

DH: I encourage you to do research on your own, come to your own conclusions, ask the questions that you need to have answered and make a decision for yourself, especially given the scope of the problems that it has caused in the African American community. If successful, we cut down on the morbidity and mortality of today.

OP-ED: Covid Vaccines Are Promising, But Structural Racism In Health Care Will Persist After The Pandemic 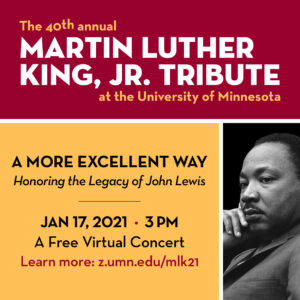